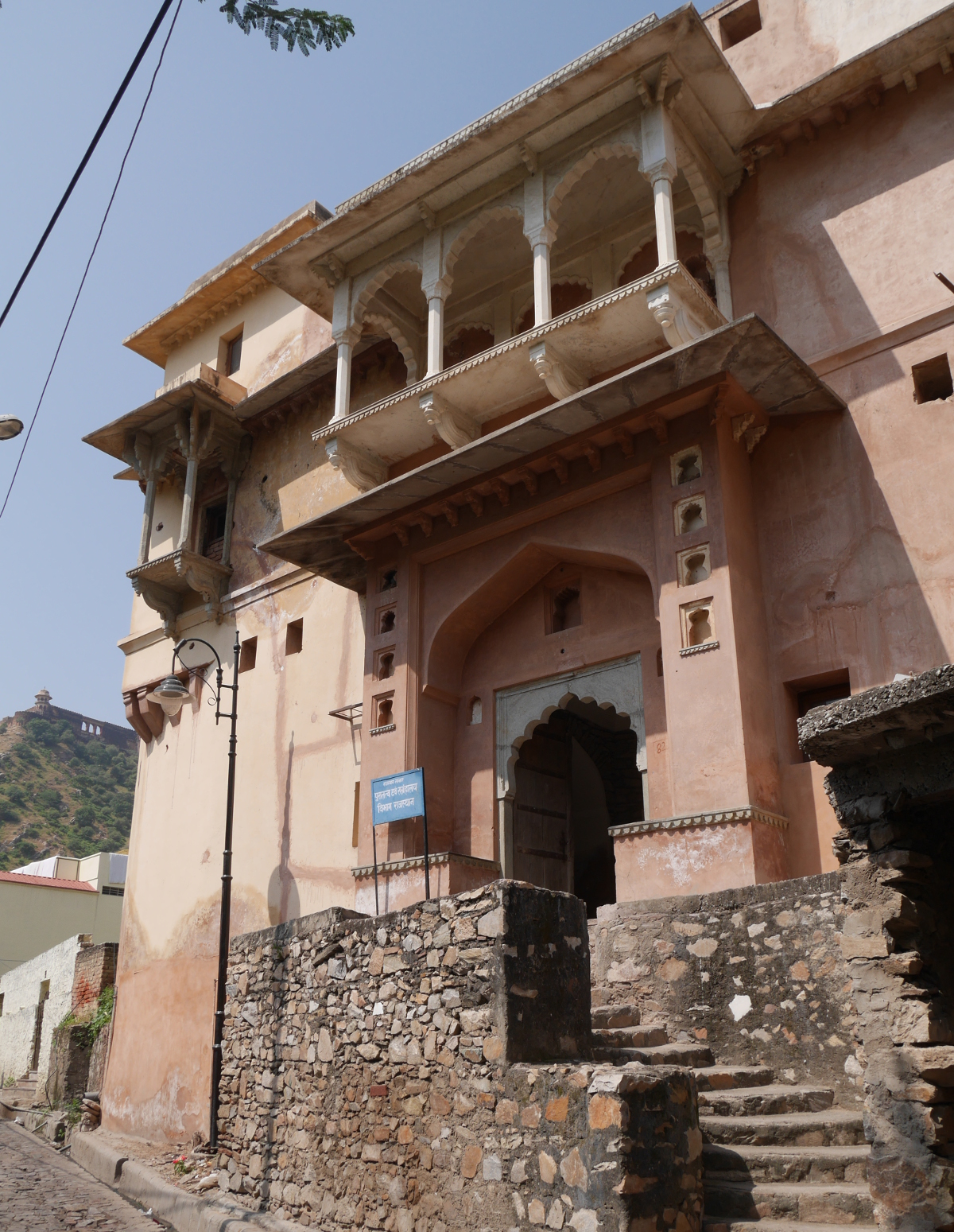 Most of the havelis (mansions) in Amber are ruined. Bairathi Haveli is one of the few that has been restored. Despite a friendly “Archaeology and Museums Department Rajasthan” sign out front, the building is not open to the public.