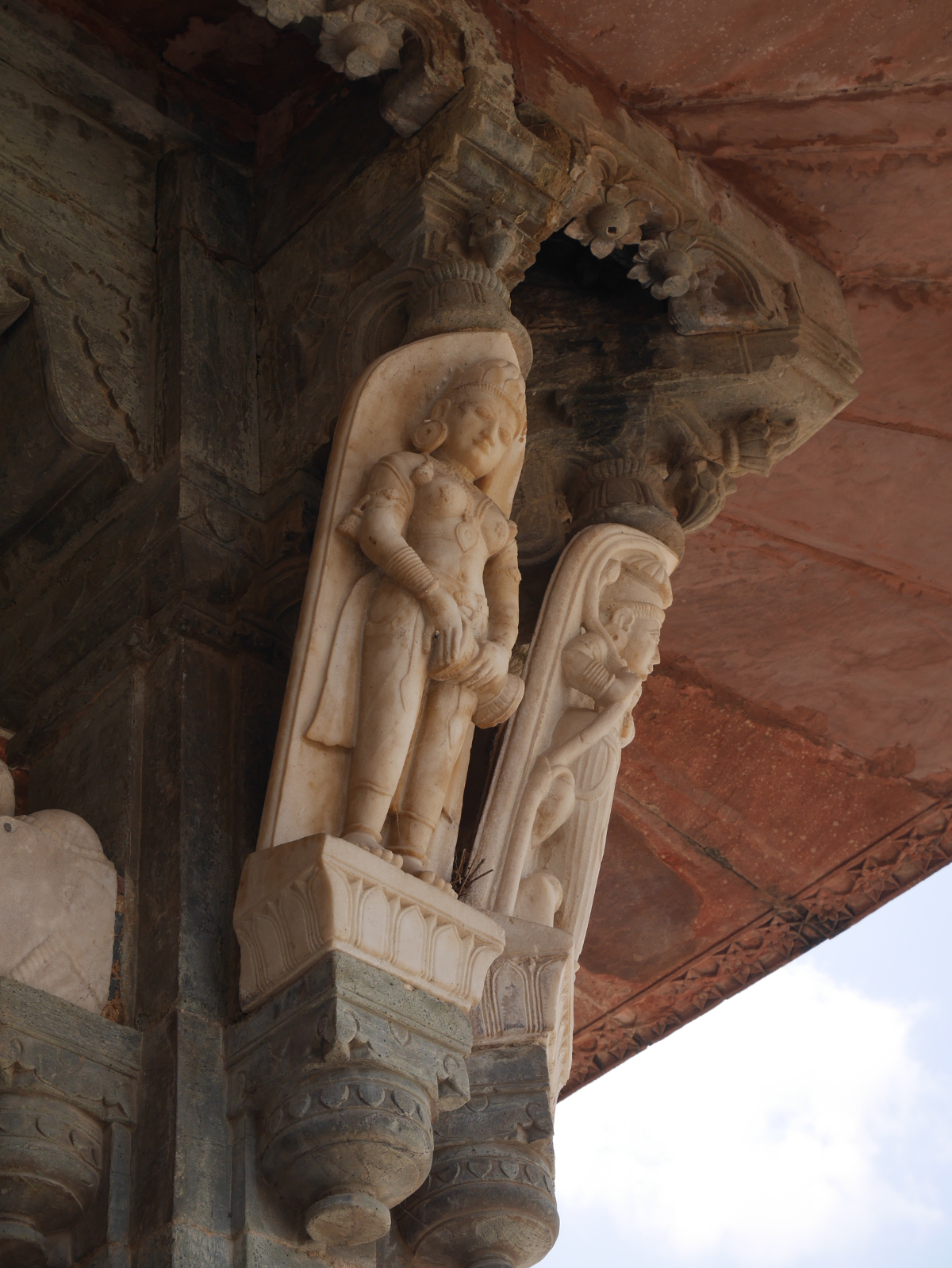 A finely carved marble roof strut on the portico of Panchmukhi Mahadev Temple.